Based on the Clean Development Mechanism (CDM) of the Kyoto Protocol, the Plantar Group, in association with the World Bank’s Prototype Carbon Fund (PCF) and Bio Carbon Fund (BioCF), has developed and successfully implemented three project activities that generate carbon credits, known as “Projeto Plantar” (Plantar Project). This was the first Brazilian initiative under the CDM and it has been designed and managed by Plantar Carbon Ltda.

Over thirty years the initiative aims to reduce the concentration of GHG in the atmosphere by approximately 12.8 million tCO2 equivalent. The PCF and BioCF have already purchased part of these credits from Plantar Carbon, in a worldwide pioneer structured financial transaction, in partnership with Rabobank International.

Planted forests provide a great environmental service as they allow for the recycling of CO2. In other words, planted forests absorb CO2 from the atmosphere through photosynthesis, store the equivalent carbon in stocked biomass and become a renewable source of raw materials or energy in the form of charcoal, which can be used instead of non-renewable products or energy sources.

In addition, for every ton of iron manufactured with renewable charcoal from planted forests there is an environmental gain of approximately three tons of CO2 compared to the use of fossil or non-renewable fuels (e.g., coal coke). This is climate benefit that can be sold to multiple buyers as Certified Emission Reductions (CERs). In turn, CERs can be used to match national or corporate targets under the Kyoto Protocol and other voluntary cancellation agreements. The Plantar project also includes a carbonization component, aimed at reducing the emissions of methane (CH4) in the process of transforming of wood into charcoal.

The Plantar Group projects generate two types of carbon credits, since the credits related to the increase of carbon stocks through reforestation (tCERs or temporary Certified Emission Reductions) must be recorded separately, according to the risks of “non-permanence” regulated by CDM Modalities and Procedures. On the other hand, the credits related to industrial activities (i.e. reduction of methane emissions in the carbonization process and additional use of renewable charcoal in the production of pig iron) generate Certified Emission Reductions (CERs).

In addition to the above mentioned credits, the Plantar Group has also been recovering native vegetation areas (“cerrado”), often above legal requirements. The native vegetation area associated to the project amounts to approximately 8,000 hectares. These activities have been adopted on a pilot basis and do not generate carbon credits, although they also represent substantive carbon stocks resulting from the Plantar Carbon Projects.

Reference Scenario / baseline (use of fossil or non-renewable fuel): “A ton of pig iron produced with coal coke generates approximately 1.9 tons of CO2”

Project Scenario (use of renewable charcoal): A ton of pig iron produced with renewable charcoal prevents emissions from the use of fossil sources and generates additional carbon stocks in the new planted forests, absorbing (sequestrating) an average of 1.1 ton of CO2 from the atmosphere.

Conclusion: considering the emissions prevented in the industrial process and the carbon stocks generated by the project’s sustainable forest plantations, the use of charcoal from planted forests in the production of iron generates an environmental benefit of approximately 3 tons of CO2 per ton of iron produced. Reductions in methane emissions generated by the carbonization activity are recorded separately.

THE REPLICATION POTENTIAL OF A PIONEER CASE

The Plantar project was the first CDM project conceived in Brazil and the first to be approved by the PCF / World Bank due to its substantive replication potential in forest-based industries, including the iron and steel industry. With additional financial incentives offered by carbon finance, the production of charcoal-based iron becomes more attractive and sets up a strategic alternative to minimize the use of fossil fuels or non-renewable resources. It’s worth recalling that the company and Brazil have developed their own large-scale technology for iron and steel production using renewable charcoal. Based on this initiative, the Plantar Group became the first in the world to produce 100% of its pig iron from renewable charcoal (Green Pig Iron®).

Almost all of the world’s iron and steel industry is based on coal coke. The Clean Development Mechanism (CDM) has provided a substantive incentive to promote the clean and sustainable development of a strategic supply chain. The Project has also contributed with the design of mitigation and sustainable development public policies, at state and national levels. It represents a valuable large-scale opportunity to fight global warming, due its high replication potential in other parts of the World, via South-South cooperation schemes.

The projects are guided by the highest sustainability standards, featuring several indicators, such as biodiversity monitoring in plantations and in the associated native forest reserves. Reforestation activities and charcoal-based iron production generate large amounts of jobs in rural areas. The Plantar Project, for instance, generated more than 1200 direct jobs in the center-north region of the State of Minas Gerais. Eucalyptus plantations and charcoal production are subjected to stringent environmental management criteria through forest certification systems and the World Bank safeguards. Therefore, in addition to promoting sustainable reforestation and iron/steel production through the use of charcoal as a forefront alternative to protect the Earth’s climate, carbon credits also enable the internalization of important social and environmental variables for the sustainability of the production process. The Project is audited by independent entities on a periodic basis.

We are always looking for new talent.
Join our team and grow with us! [Click here] 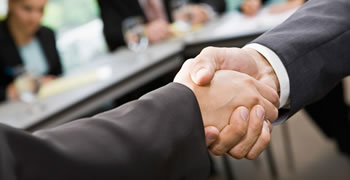 We use cookies on our website to provide you with the most relevant experience, remembering your preferences and repeated visits. By clicking "I accept", you agree to the use of ALL cookies.
Cookie Configuration I accept
Manage consent

This site uses cookies to improve your experience while you browse the site. Of these, cookies that are categorized as necessary are stored in your browser, as they are essential for the functioning of the basic functionalities of the website. We also use third-party cookies that help us analyze and understand how you use this website. These cookies will be stored in your browser only with your consent. You also have the option to cancel these cookies. But disabling some of these cookies can affect your browsing experience.
Necessary Sempre ativado
Necessary cookies are absolutely essential for the website to function properly. This category only includes cookies that ensures basic functionalities and security features of the website. These cookies do not store any personal information.
Non-necessary
Any cookies that may not be particularly necessary for the website to function and is used specifically to collect user personal data via analytics, ads, other embedded contents are termed as non-necessary cookies. It is mandatory to procure user consent prior to running these cookies on your website.
SALVAR E ACEITAR